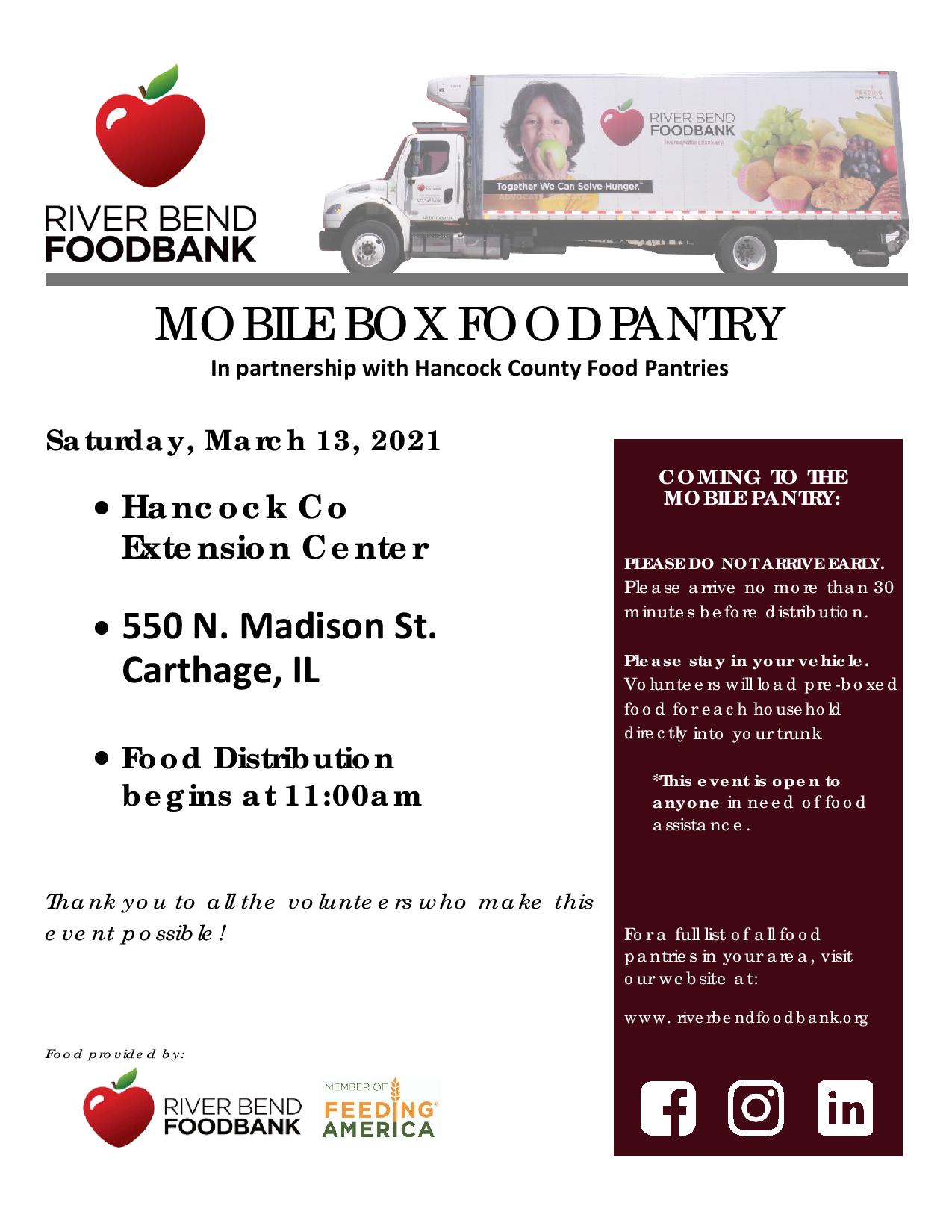 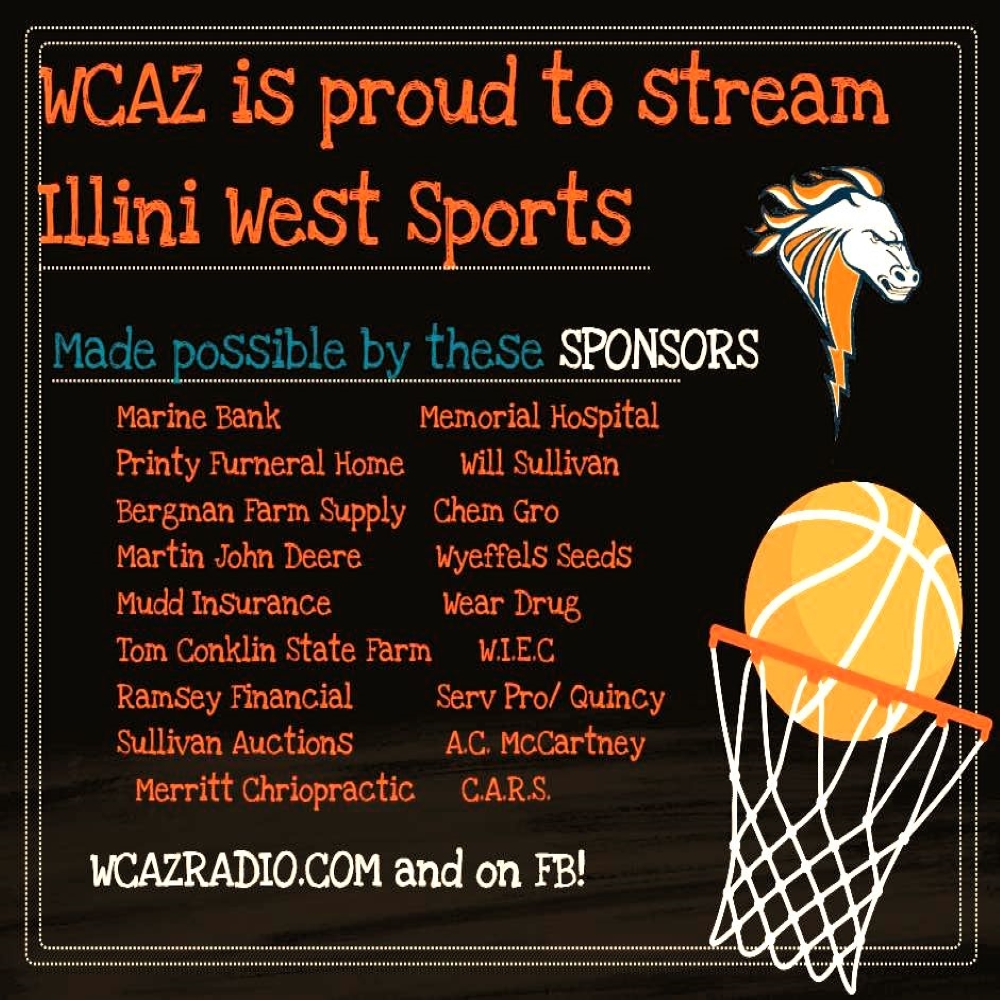 Watch the Chargers in action. 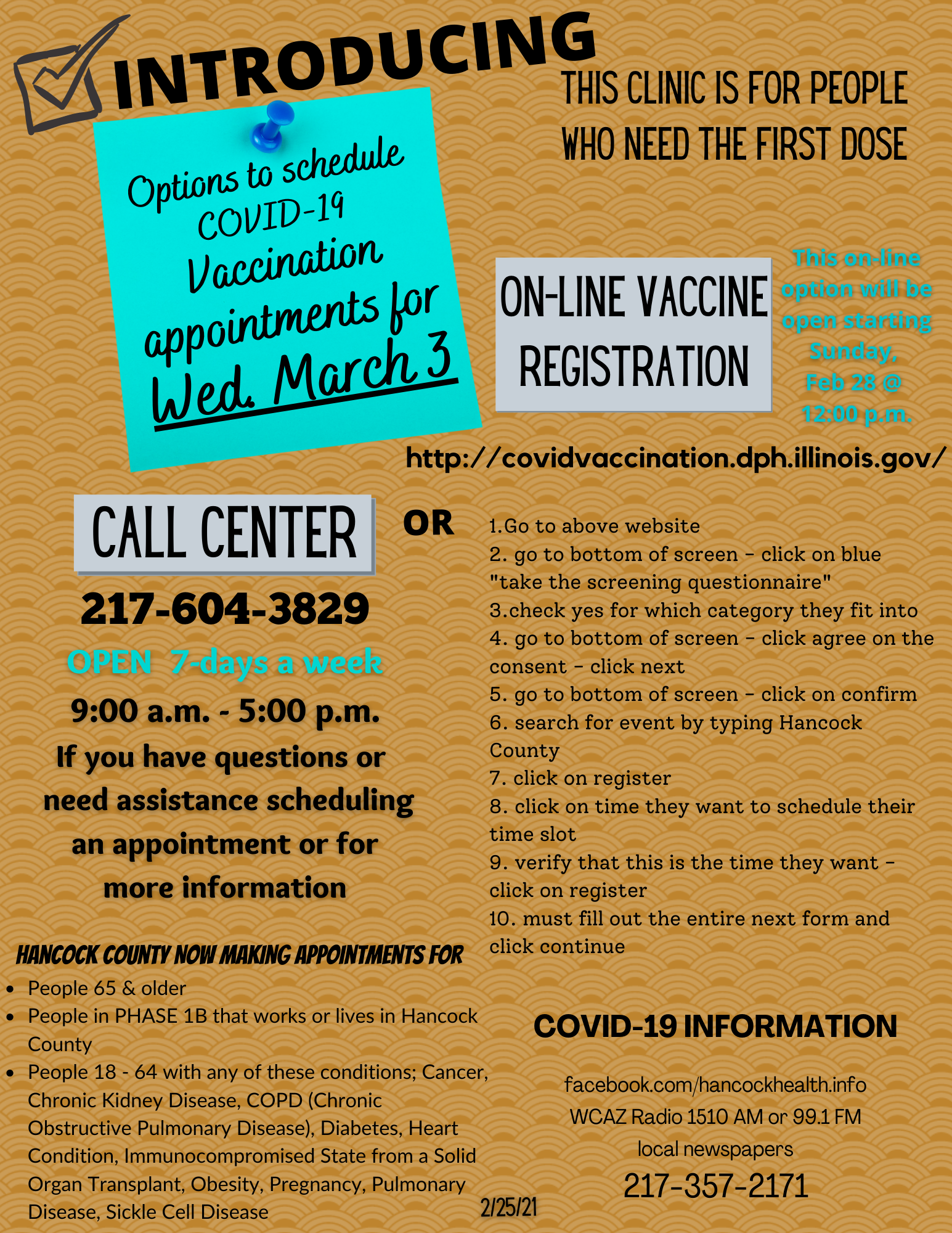 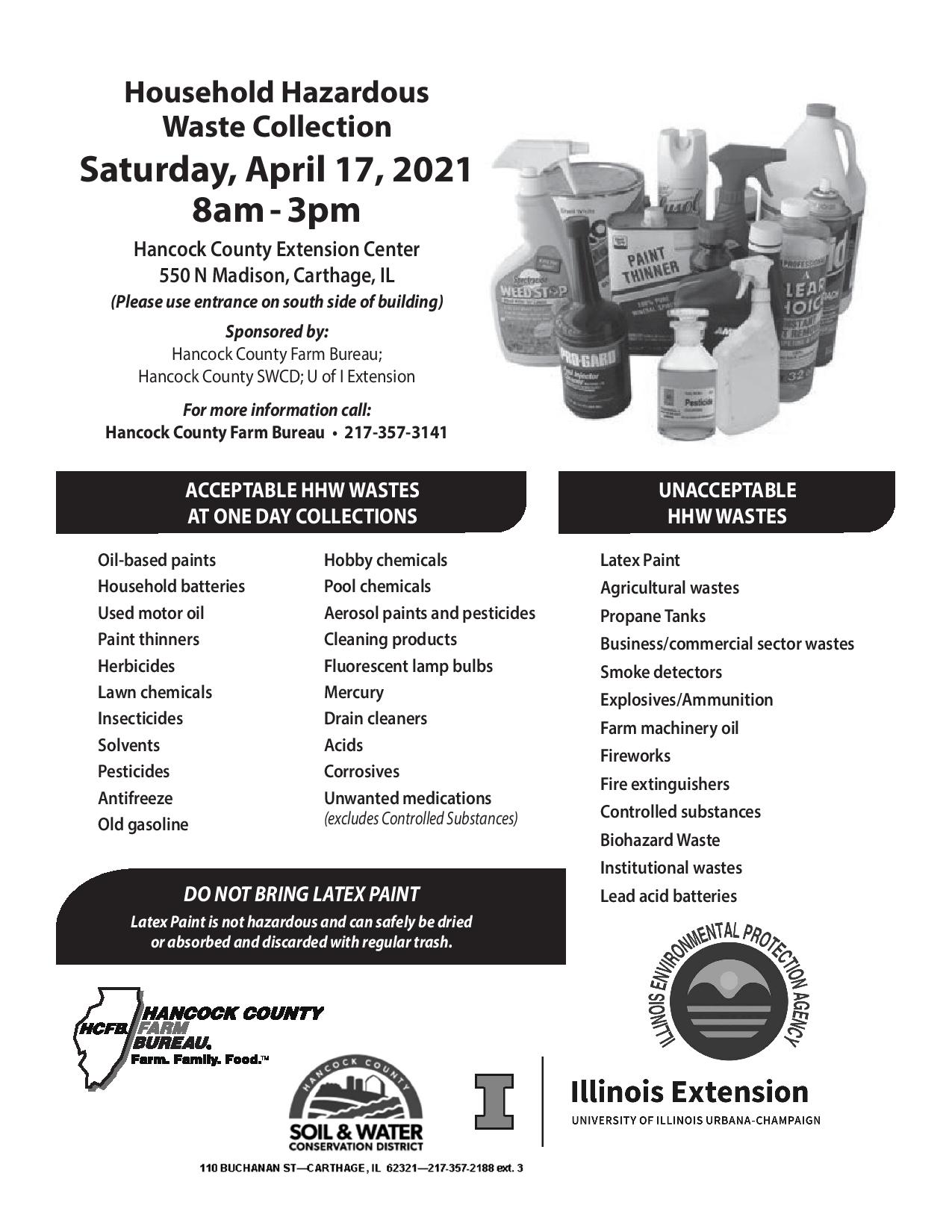 Carthage, IL – February 21, 2021 – The Hancock County Health Department and Memorial Hospital report fourteen laboratory-confirmed positive COVID-19 cases and one death February17-21, 2021.  Our thoughts and prayers are with the family and friends of the individuals who passed away.

Symptoms of COVID-19 can vary, they can be mild or severe depending on the person and their health conditions. If you are experiencing symptoms, stay home, and contact your healthcare provider or the illness clinic at 217-357-0617 to determine if you should get tested.

Stay home when ill, wash hands often, and clean and disinfect highly touched surfaces.  Additionally, people should wear a face covering when 6 ft. distancing cannot be maintained.  A person should quarantine at home while waiting for COVID-19 test results to return.  This will lessen the spread of illness.  If the test result is positive, isolating away from others in your household and others will help lessen the chances of them getting sick.   Close contacts of a positive are asked to quarantine in an effort to limit exposure to others they typically would come in contact with.   Everyone has a role in reducing the spread of illness.  Check-out Memorial Hospital and Hancock County Health Department’s Covid-19 case updates at  https://www.mhtlc.org/news-resources/coronavirus-covid19-informaiton/

Chris  Talley talks about the mission of the IW FFA Alumni Association and its role in assisting the IW FFA students and their advisors.   This is National FFA Week!

discusses the different activities that Hancock Village provides for their residents each week and month.  She also discusses the special activities prompted by the Covid-19 restrictions imposed on their community.

Kristin discusses the 2021 plat book preparation along with the annual 2021 HCFB Foundation Scholarship online application.  She also announces the first household hazardous waste collection in Hancock County in the past 20 years!

Joy Swearingen discusses the "Continuing the Legacy" program beginning this week and running through the theater's live reopening in the spring.

There have been a total of one-thousand-six-hundred-fifty (1650) cases in Hancock County, one-thousand-five-hundred-seventy (1570) people have recovered, forty-three (43) people are currently isolated, four (4) people are hospitalized, and thirty-three (33) have passed.

Symptoms of COVID-19 can vary, they can be mild or severe depending on the person and their health conditions. If you are experiencing symptoms, stay home, and contact your healthcare provider or the illness clinic at 217-357-0617 to determine if you should get tested.  Anyone who gets tested must quarantine until test results come back.  Some people who have been exposed to COVID-19 may not show symptoms or if they do it may take anywhere from 2 to 14 days for symptoms to appear.

Stay home when ill, wash hands often, and clean and disinfect highly touched surfaces.  Additionally, people should wear a face covering when 6 ft. distancing cannot be maintained.  A person should quarantine at home while waiting for COVID-19 test results to return.  This will lessen the spread of illness.  If the test result is positive, isolating away from others in your household will help lessen the chances of them getting sick.   Close contacts of a positive are asked to quarantine in an effort to limit exposure to others they typically would come in contact with.   Everyone has a role in reducing the spread of illness.  For daily updates online go to Memorial Hospital and Hancock County Health Department’s shared webpage at https://www.mhtlc.org/news-resources/coronavirus-covid19-informaiton/

Governor Pritzker announced this past Wednesday that starting on February 25, Illinois is expanding the Phase 1B COVID-19 vaccination eligibility list to people who are 16 to 64 years old, have comorbidities and underlying conditions as defined by the CDC. Conditions include; Cancer, Chronic Kidney Disease, COPD (Chronic Obstructive Pulmonary Disease), Diabetes, Heart Condition, Immunocompromised State from a Solid Organ Transplant, Obesity,  Pregnancy, Pulmonary Disease, and Sickle Cell Disease. Illinois will also begin vaccinating individuals with disabilities.  The list is subject to change as guidance evolves. For additional information go to https://www.dph.illinois.gov/covid19/vaccine-faq .

The Hancock County Health Department continues to work through their call back list that began in mid-January to schedule vaccination appointments for people in  Phase 1B.  Now that people with underlying health conditions have been added to the phase 1B category, the health department encourages those people to call 217-357-2171 option 0 (during business hours Monday through Thursday from 8 AM to 5 PM) or option * (after hours). In addition, a message can be left at 217-357-7449 or an email sent to covid19vaccine@hchd1.org .

Hancock County continues to receive limited weekly vaccine allocations and are fortunate that Hancock County residents have options of places to go to when it is their turn to get vaccinated. For instance, Adams County Health Department is collaborating with Hancock County and other surrounding rural counties to get people vaccinated.   To register online go to adamscountytogether.com/vaccinate or by call 217-600-4VAX.   In addition, some HyVee pharmacies are providing vaccinations. To register go to www.hy-vee.com/my-pharmacy/covid-vaccine-consent.

Rest assured, the Hancock County Health Department and Memorial Hospital are working diligently to get people in Hancock County vaccinated with the resources they have.  Their strong collaborative efforts will continue to help the residents of Hancock County get through this challenging time.

Amy Gee confirms the upcoming meetings for the Carthage Library expansion and bond issue as well as the addition of another virtual meeting/live meeting.  She also confirms the Zoom availability for all the informational meetings.  Tory Buckert provides an overview of this month's Carthage Library programs for children and adults.  Both describe the various audio versions of popular books available at the library.

Zak Huston- Illini West   Athletic Director, discusses the challenges of scheduling games amidst the pandemic as well as the frigid weather of the past few days.  He also updates us on the everchanging rules regarding spectators within the gym during games o Real Country Mornings with Kevin Flynn.

Melita Finney joins Real Country in the Mornings with Kevin Flynn on What Hancock County Health Department is doing for people in the 1B vaccination tier.

For those that are still needing to receive the vaccination  the following options are available:

If you are interested, you can register on-line at www.adamscountytogether.com/vaccinate or call 217-600-4VAX 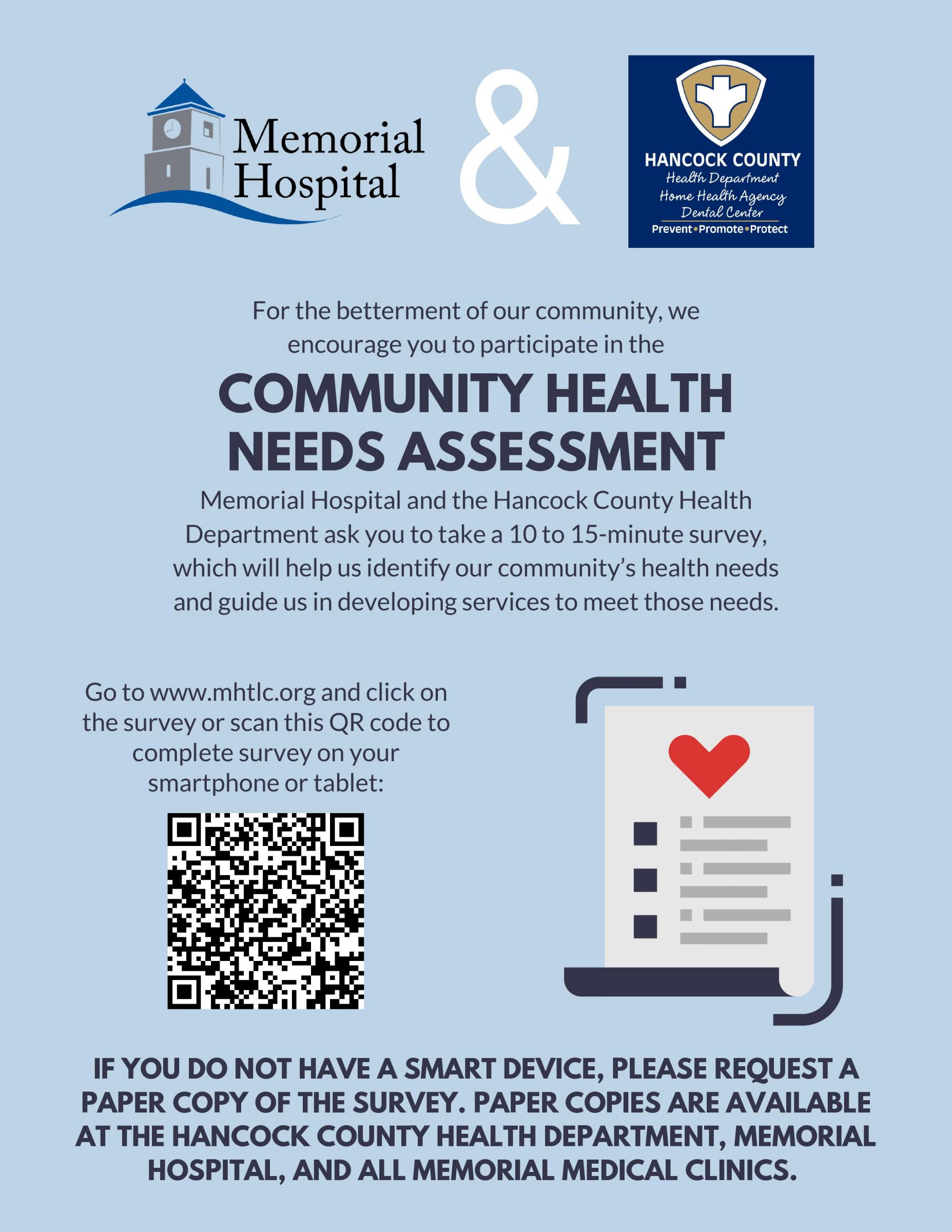 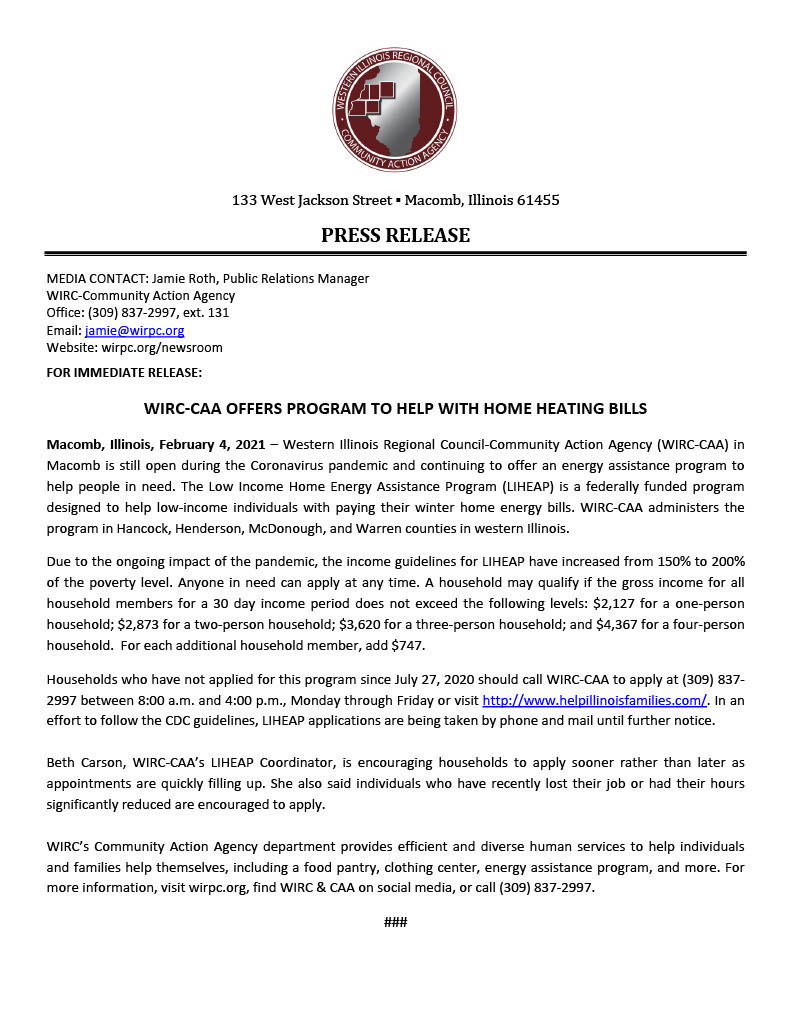 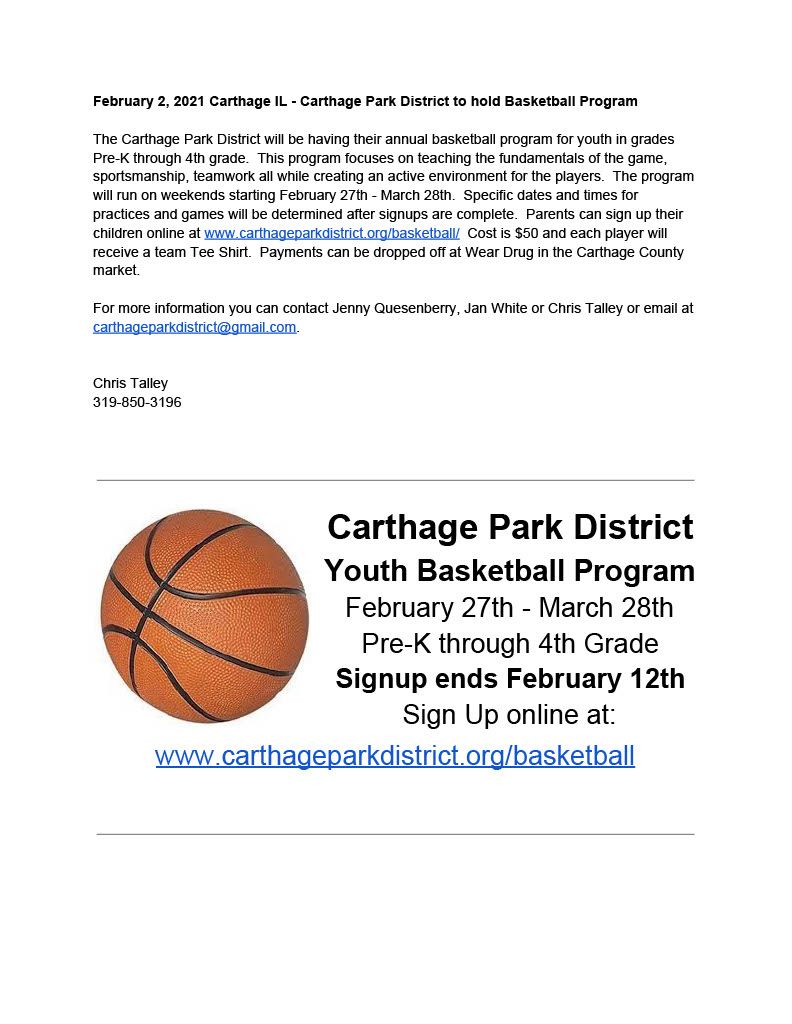 CARTHAGE, Ill. — The Hancock County Farm Bureau Foundation is offering three $1,000 scholarships to college bound students who plan to major in agriculture, agribusiness, or have a general interest in agriculture.

Scholarships are awarded on the basis of exceptional scholastic ability, financial need, character, leadership, and involvement in agriculture.  Previous scholarship winners are not eligible to apply.

Scholarship applications will be online this year. Information is available from high school guidance counselors and ag teachers, as well as online at www.hancockcountyfarmbureau.com. The deadline for online submission is March 31, 2021.  For more information contact the office by calling (217) 357-3141 or email hcfbmanager@gmail.com.

The Legacy Theater in Carthage announces “Continuing the Legacy,”  a series of regional performance videos that will premiere February 11 on the www.thelegacytheater.com , www.wcazradio.com  and on The Legacy Theater facebook pages .

The first show features Rick Marshall of Nauvoo with a program of timeless classics and show tunes.  It can be viewed for two weeks on the theater’s website and Facebook page.

“This series of video shows promotes the arts, showcases local talent, and continues the mission of The Legacy Theater, which is to bring great entertainment to the region,” according to Amy Graham, Legacy Theater Foundation board member, and chairman of the theater’s performance recruitment committee.

“All of these performers have been hand-picked to create a high quality series, and each group has willingly donated their time and talent to be a part of it,” Graham said.

Rick Marshall has a degree in music from BYU and is now director of the Nauvoo Orchestra and Choir. Rick Marshall Sings is a compassionate service with song. Marshall has conducted various concerts and cantatas through the years.

“We are saddened that our theater has been dark for nearly a year,” said Doug Groth, chairman of The Legacy Theater Foundation board. “We believe our patrons miss our shows as much as we do. This is one way for the theater to provide entertainment and highlight some great performers from this part of the Tri-State area.”

Without ticket sales for most of 2020, The Legacy Theater has relied on donations to cover ongoing theater expenses – utilities, maintenance, insurance, the limited staff, and deposits for future performers.

There is no charge for viewing the “Continuing the Legacy” series. A button is available if viewers choose to make a donation.

“While we cannot say when the theater will reopen, plans are moving forward. We have some great talent lined up for 2021,” said Groth. “We are excited about the future, when we can again gather for live entertainment at The Legacy Theater.”

The Legacy Theater is excited to bring you a piece of Our Legacy beginning  February 11.

Zach Huston - Athletic Director from Illini West  talks with Real Country Mornings about the IHSA Sports Schedule!    Basketball is happening and when the games are happening and what we can all expect!    Illini will be playing basketball the first week of Febuary!  Zach explains when each sport will play and how long the seasons are as of the latest information from IHSA. 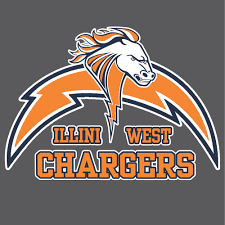 The Illinois High School Sports Association has laid out its schedule and procedures for the remainder of the school year, with seven sports now allowed to begin practicing and potentially holding competitions by the beginning of February.

According to the detailed plan, released by the IHSA Wednesday, those seven sports include dance, cheerleading, bowling, girls’ gymnastics, badminton and boys’ swimming and diving.

Those six sports will be allowed to begin practices immediately, with games taking place so long as the health care regions involved are at Tier 2 or lower mitigation levels.

Boys’ and girls’ basketball, which are considered “higher-risk” activities, can also begin practicing immediately, but competition can only begin in those regions that are in Phase 4 coronavirus mitigation rules. There will be no statewide-postseason competitions this season, according to the IHSA.

Announcements were also made for several early-spring sports, including football, which will allow practices to get underway on March 3. According to the IHSA, games can begin on March 19 in regions that are in Phase 4 coronavirus mitigation rules, and the season will conclude on April 24. There will not be a postseason tournament for football this spring, the association announced.

Girls’ volleyball will allow practices beginning March 8, while baseball and softball will be permitted to start practicing on April 5. All sports will be allowed to resume competition seven days after the start of practices, under the IHSA guidelines.

Finally, wrestling will allow practices to begin on April 19, with meets allowed to proceed seven days later, provided that the schools’ health care regions are in Phase 4 mitigation rules.

Here is the full schedule for sports: 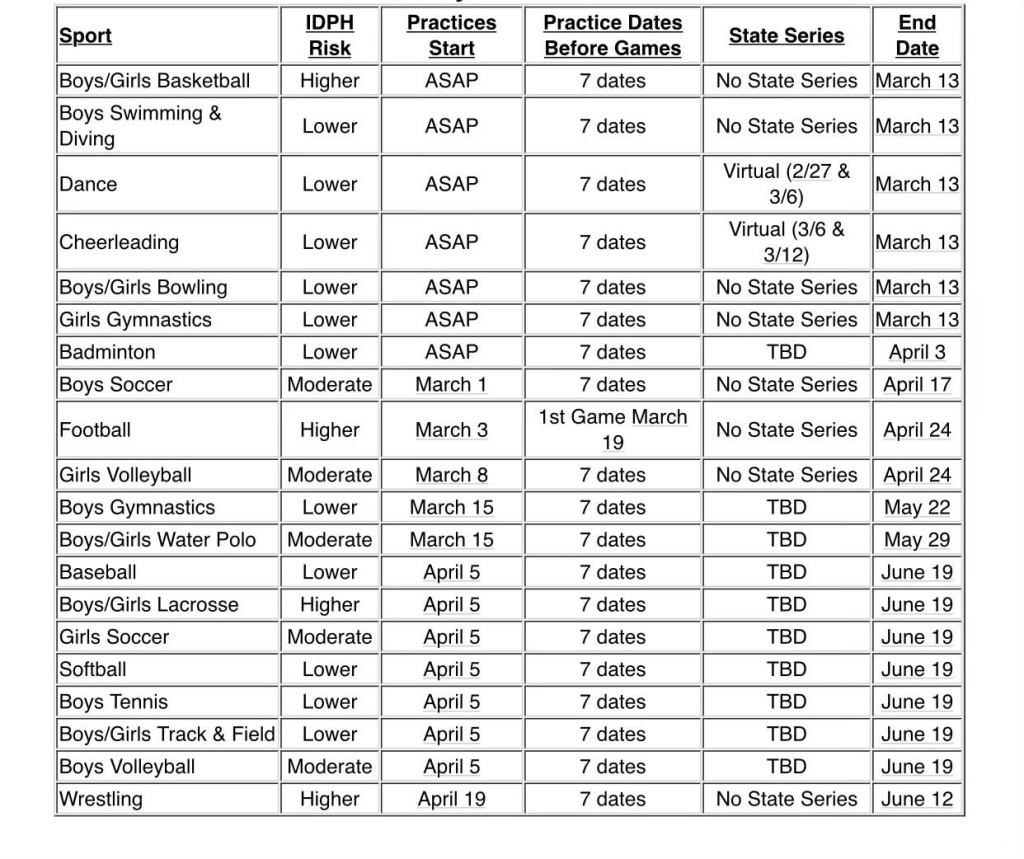 Kristin Huls with the Carthage Chapter of the IFB discussed the effects of COVID-19 on her organization over the past year.  Those effects have impacted all the IFB activities including the various annual programs from the 2021 Scholarship program to the IFB Farm Records book distribution.  Because of Covid 19 the IFB has 2021 Calendars available.

Illini Atheltic Director Zack Huston stops in to talk with Kevin Flynn on Real Country in the Mornings  and  discusses that sports will be happening SOON!!!!!!!